The Portal is a 10″ device, looking very similar to the first generation Echo Show whereas the Portal Plus offers 1920 x 1280 on a rotating 15″ screen.? The screen offers 1280 x 800 resolution and comes with a Smart camera which allows tracking of movement to help with video calling.? One thing that is important to note is that all conversations between these devices use encrypted connections.? Privacy is a strong point which is good coming out of Facebook who has had massive recent data breaches.? Another feature with privacy in mind, you can completely disable the camera and microphone with a single tap or block the camera lens with the camera cover provided.? The messaging platform uses Facebook Messenger.? The Smart camera and sound reportedly use local based AI and the cameras do not utilize Facebook’s facial recognition as used on the social media platform.? You’ll be able to call to other devices using Facebook Messenger and group call up to 6 people.??

The devices are available for pre-order now with a delivery/release date set for November.? There is currently a $100 off deal if you pre-order two devices.

Move and talk freely with Smart Camera: With Smart Camera, you don't have to worry about being out of frame. Whether you're moving around the kitchen, prepping dinner or chasing the kids through the living room, Smart Camera adjusts to follow the action. And as more people enter a room, Smart Camera automatically widens to keep everyone in view, so you don't miss a moment.
Private by design: Facebook doesn't listen to, view or keep the contents of your Portal video calls. Calls on Portal are encrypted, so conversations stay between you and those you're calling. You can also completely disable the camera and microphone with a single tap, or block the camera lens with the camera cover provided.
Connect with friends, even if they don't have Portal: Easily call friends and family on Messenger - calls can be made seamlessly to and from smartphones and tablets. And you can bring up to six other people into a group call. 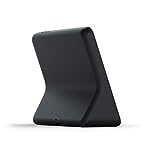 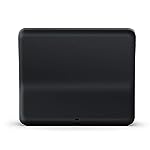 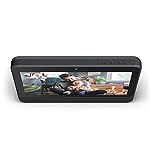 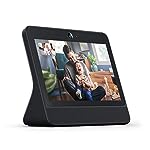 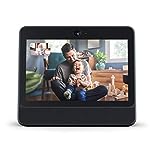 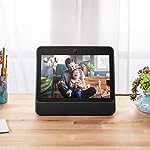